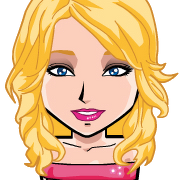 So without further ado, welcome...Meagan Taylor! 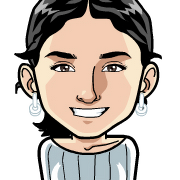 With a small smile on her face, Meagan waves to the camera. 'Hey guys,' she says,

Meagan: I'm Meagan Taylor from Survivor: Sazan, ask any questions you'd like! Unless they're just saying that you hate me, then I'll ruin you. (Snickers)

Paige: Well, if she isn't an intimidating woman, I don't know who is!

Meagan: Paige, I'm not that intimidating. That was only in the game.

Meagan (Shrugs): And you're giving me total "step on me" vibes.

Paige: Hey! I can't help being a big fan of you!

Meagan (Snickers): Okay, but Paige, I'm not going to step on you, even if you ask.

Turning to the camera,

There is the briefest of pauses as Paige glances downwards before she looks back up and gives the camera a smile.

Paige: Okay, first question! What is Robyn like on the island, outside of the edit? There has been fairly negative fan reception towards him. How do you feel about this?

Meagan pauses, looking a little confused, before she answers,

Meagan: Eh--I wouldn't call it completely negative. He has a whole lot of stans, but then he has a lot of haters. The Survivor fandom is completely split, and it's become toxic as hell, I mean, after my elimination aired I saw countless hate comments, that's all anyone talks about. (Snickers) He's crazy f***ing annoying though, I'll give them that, and we're friends, so I can say whatever the hell I want about him.

Paige giggles, covering her mouth to stifle the laughter.

Meagan: I gotta say to some people: f*** off, get off the couch and play the game, or else you can get off twitter and stop spamming that annoying hashtag. (Smirks) Newsflash, someone getting all they want just means they're playing a good game. The complaining needs to stop, it's just making it a worse experience for all the other fans, and the cast members too!

Meagan: And on the other hand, yes, they're giving him a painfully heroic edit and I wish the producers would stop with the Tommy Sheehan bulls***. (Snickers) Robyn and I are friends, but I cringe every single time they force an "oh my God, he's such a great guy" edit. Like, he is great, but...we get. The Damn. Message. (Laughs) Even on the episode he had zero confessionals in, he had so much screentime. I mean, I had a s***load of screentime too, but they're clearly biased towards him or something.

Paige: And how was he on the island?

Meagan: ...Annoying. But I couldn't help but love him, which is why it sucks every time he tells me about the hate mail he gets. He's crazy funny too, he and Irene are definitely related.

Paige: Okay, and now the next question. Do you stay in contact with Teresa? She seemed to be fairly disliked by everyone on the island. Is she better off the island?

Meagan: Well, I wouldn't know, because we don't talk at all. She disappeared off the face of the Earth once the show aired, I hear she's been getting counseling. (Shrugs) I don't know what the hell she went through, but from my experience, she was just a nasty old bitch to everyone out there. She holds the stupidest vendettas against anyone who upsets her: Kevin, Zachary, Jerome, Robyn, Rose...I mean, she was literal s***.

Meagan: Yes, that bad and worse. While they definitely overdid Robyn's edit, they underdid Teresa's edit. She was literal Satan out there, I mean, seriously. She harassed Robyn every day, and they only aired the parts that made for good TV; it got real nasty. They seriously considered pulling her, although they already considered that multiple times through the game, I dunno why they never did, she just got worse.

Paige: ...Yeesh. Not looking forward to the interview.

Meagan: Hey, it's your interview! And yes, if she's anything like I remember, she'll probably try and step on you without you asking. (Snickers) Anyway, she fought with Rose all the time, although I have to say that Rose mistreated Teresa to the point where it was Rose's fault that they got into arguments.

Paige: Wow, that sounds horrible to go through all the time.

Meagan: I loved watching the drama, but it got a little bit much. I'm not done though: she picked fights with Brynn and Linda and Jerome, she also went crazy about the whole Kevin situation. She's why I was able to get rid of Zachary, because she was bats*** crazy. (Rolls eyes) Not looking forward to seeing that bitch again, good riddance.

Paige: Okay, next! If you could have another shot at a reality TV show, what would you pick? Another season of Survivor, or maybe try out the Amazing Race or Big Brother?

Meagan: Ooh, tough one. You know, I'd have to stick with Survivor if I was given the choice, but if they try to get me on the Amazing Race or Big Brother, hey, I'm not gonna turn that s*** down.

Paige: Follow up question, would you ever return to play this game? And if so, what kind of a season would you like to come back to? All Stars? Heroes vs Villains? Game Changers? Second Chance?

Meagan: As I said, I'd definitely return. And I don't even care which one, as long as I'm back. Being a Villain would sound pretty cool, (laughs) but All Stars and Game Changers make me sound like an amazing player, so probably one of those. And hell yes, I need a Second Chance, so any of them work.

Paige: Do you think there's anyone out of the final 8 who is getting an unfair edit?

Pausing to consider this question,

Meagan: I completely agree that Robyn's edit is really painfully out-there but people are overreacting. I mean, it's not a Ghost Island situation with Domenick and Wendell vs. the Chelseas of the world, (laughs) Survivor fans just really love to nitpick. (Rolls eyes) Just watch the damn show--even Jake receives a fair amount of screentime, and he bored the f*** out of me! (Giggles) Or you can just join the editing team and stop complaining.

Meagan: Of course! Joslyn, Robyn, and Elaina I talk to all the time. Rose and Leah and Jackson I don't actually talk to a lot but we're friends. Same goes with Kevin--I'm actually great friends with Zachary, believe it or not. After the game I stopped being some scary evil bitch, so I think that may be why. (Laughs)

Paige: If you had to sum up your experience in one word, what would it be?

Meagan hesitates, thinking up a response, before answering,

Meagan: Domination. I might not've won, but I was a dominant player, there's nothing you can say to change my mind on that.

Paige nods, accepting this answer, before she glances downwards at the next question,

Paige: Ha! The next fan says, pretty please keep Irene company she has been stuck with Linda and Jerome for like a long time!

Meagan lets out a loud laugh,

Meagan: Well, yes, I did as you can see in the Ponderosa video they released. Linda and Jerome were total killjoys. I mean, Irene and I didn't really get along, which they didn't show on the screen, but at Ponderosa we were buddy-buddy because nobody was going to talk to those two.

Meagan (Rolls eyes): Oh my god, why is everyone asking about Robyn? This is my interview!

Meagan: I've said it a billion times, I love Robyn, we're great friends. He's taught me a lot about mental health and respecting the LGBT community. Truthfully the edit did him dirty by making him seem so forced, but knowing him personally he doesn't deserve all the hate, the fans are way overreacting in my opinion. (Shrugs) After my elimination episode, I reached out to him and Jackson and apologized for how I acted during that Tribal.

Paige: Oh, yeah, there was a huge buzz when Elaina questioned Jackson's sexuality, but I didn't see a whole lot of tweets about how you also did that.

Meagan: I mean, I'm not gay or anything so I guess I just didn't really understand how toxic that was. (Shrugs) Elaina and I both apologized to him, we're on good terms.

Paige: If you were to replace someone who made merge and someone in the pre-jury who would it be?

Meagan: Interesting question! Well, the obvious answer is Teresa, but that would be no fun. And neither would Linda and Jerome, because those are obvious. Honestly, if I couldn't replace any of those three, I'd replace Irene, simply 'cause we just didn't get along. But she made Ponderosa a bomb-ass experience, so maybe Jake instead.

Paige: What about pre-jury?

Paige: She wrote, "I'm such a big fan" with a heart emoji.

Meagan laughs, brushing her hair over her shoulder,

Meagan (Joking): So this is what it feels like to be famous.